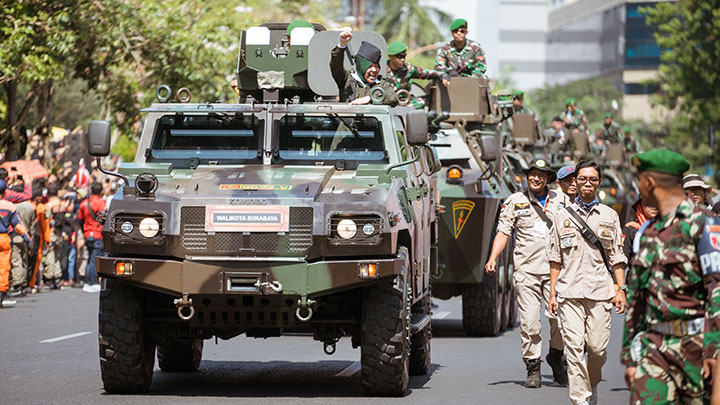 Parade of Surabaya Juang as the highlight of the Heroes’ Day is started by a drama/ theatrical of the battle between “arek-arek Suroboyo” (people of Surabaya) and the Allies army. The Drama also supported by the bombs and dragged back into the battle back in the day. Then it will be followed by the parade from Tugu Pahlawan (Heroes Monument) to Bungkul Park.